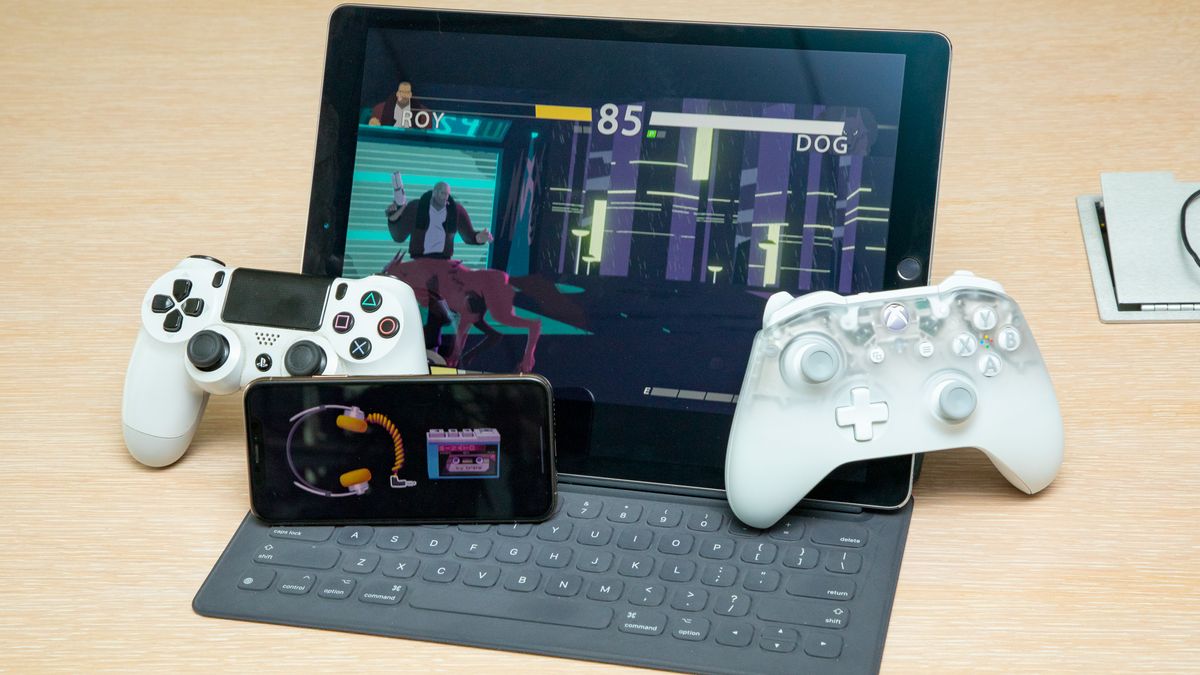 Apple could make a game controller – and that makes perfect sense

There are plenty of iPhone gaming accessories out there, especially controllers, but now it looks like Apple might be developing one. Two new patents have been uncovered, revealing a number of possible designs, including one remarkably similar to the Nintendo Switch’s Joy-Cons.

Patents have been filed with the US Patent and Trademark Office and European Patent Office (Going through Apple obviously). However, the two patents include a number of different designs, suggesting that Apple hasn’t quite figured out what form the hypothetical Apple Controller might take.

One of the models looks remarkably similar to Nintendo’s Joy-Cons, with two “halves” of a full controller sitting on either side of an iPhone or iPad.

Interestingly, the patents both detail a system that would allow gamers to play in either portrait or landscape mode, with other designs suggesting MagSafe may have a role to play.

Another design features something akin to the Magic Keyboard, attaching underneath a device and forming a Nintendo DS-style setup. Some of the possible designs even include a second screen on this particular controller, which makes this comparison even more relevant.

A third design features a more traditional controller, which would connect to mobile devices, Macs and Apple TV via Bluetooth. This controller also has a switch that can activate a dedicated game mode, answer calls or let the user send messages.

This isn’t the first time Apple has had its own game controller in the works. Given the iPhone’s potential for gaming, both now and in the future, it makes perfect sense that Apple would want its own hardware. Rather than relying on third parties like Razer or Sony.

It’s certainly much more likely than the rumors that Apple is developing its own games console.

Plus, while people struggle to get their hands on a PS5 or Xbox Series X, Apple has spent years perfecting ways to get new iPhones into customers’ hands as quickly and easily as possible – y including huge groups of people that don’t fit the typical gamer. mold.

Even my own mother, who has only ever been interested in a few motion control titles like Wii Sports, uses Apple Arcade. All because she has her iPhone and can access countless games whenever those dull moments arise. In other words, there are plenty of possibilities for an Apple-made controller to do just fine in the hands of gamers and non-gamers alike.

But it’s just a patent, and there’s no guarantee that Apple will eventually release its own controller. Especially not when the iPhone is already compatible with so many controllers from different companies, including the Xbox Series X controller and the PS5’s DualSense.

Apple is reportedly working to bring its own game controller