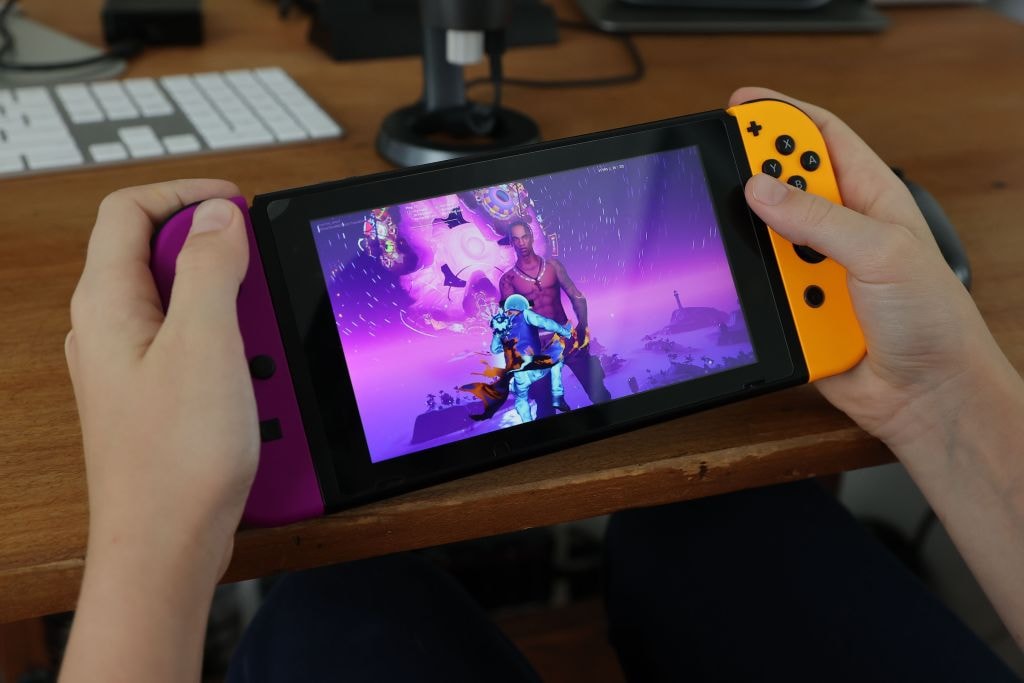 Nintendo has always been a family business. Many of Nintendo’s most iconic franchises are both accessible and suitable for kids of all ages. And the Nintendo Switch is home to some of the best first-party games in gaming history. Here are our top Nintendo game picks:

fall guys released in 2020 for PC and Playstation, but is now being added to Nintendo Switch and XBOX consoles, so everyone can have fun.
This sixty-player competitive battle royale game is designed to be fun, chaotic, and a bit frustrating thanks to the minimal number of moves your little bean can use. You run, dive, and smash your way through various wild and wacky events to reach the golden crown.

The best part of fall guys? This is FREE on all consoles!

Mario Kart has been the number one racing game for decades and Mario Kart 8 Deluxe is a step above the rest for incorporating tracks from previous releases and remastering them. Mario Kart 8 Deluxe is a wonderful racing game ideal for children and adults. It’s an enjoyable experience whether you’re playing solo or against family and friends. The remaining Booster Course Pass tracks are scheduled to release in late 2023.

This game is sure to spark family arguments that can carry over from real life, like, who’s doing the dishes? The cooking simulator, which is more of a board game, is hilarious and action-packed fun for up to four players. Move around a wacky kitchen to prepare dishes by collecting meats, vegetables, garnishes and more from designated bins and send orders to (unseen) customers.

This game can be quite fast once you start progressing through the levels, so it may be better suited to young teenagers than toddlers.

Pokemon games are a must have for the whole family, but this game is very different from the others. The objective remains the same: catch them all, but this time you explore large areas and simply throw Poke Balls at the many types of Pokémon you find while roaming. There are still classic battles like in previous Pokemon games, but if you’re looking for more exploration, this is the one for you.

#5.) Kirby and the Forgotten Land

What makes this game so special is that it’s Kirby’s first 3D adventure, making the colors and level design unreal! Kirby and the Forgotten Land excels as a single-player platformer, but it’s also a great game to play with your kids in local co-op, as long as you’re okay playing as Bandana Waddle Dee.