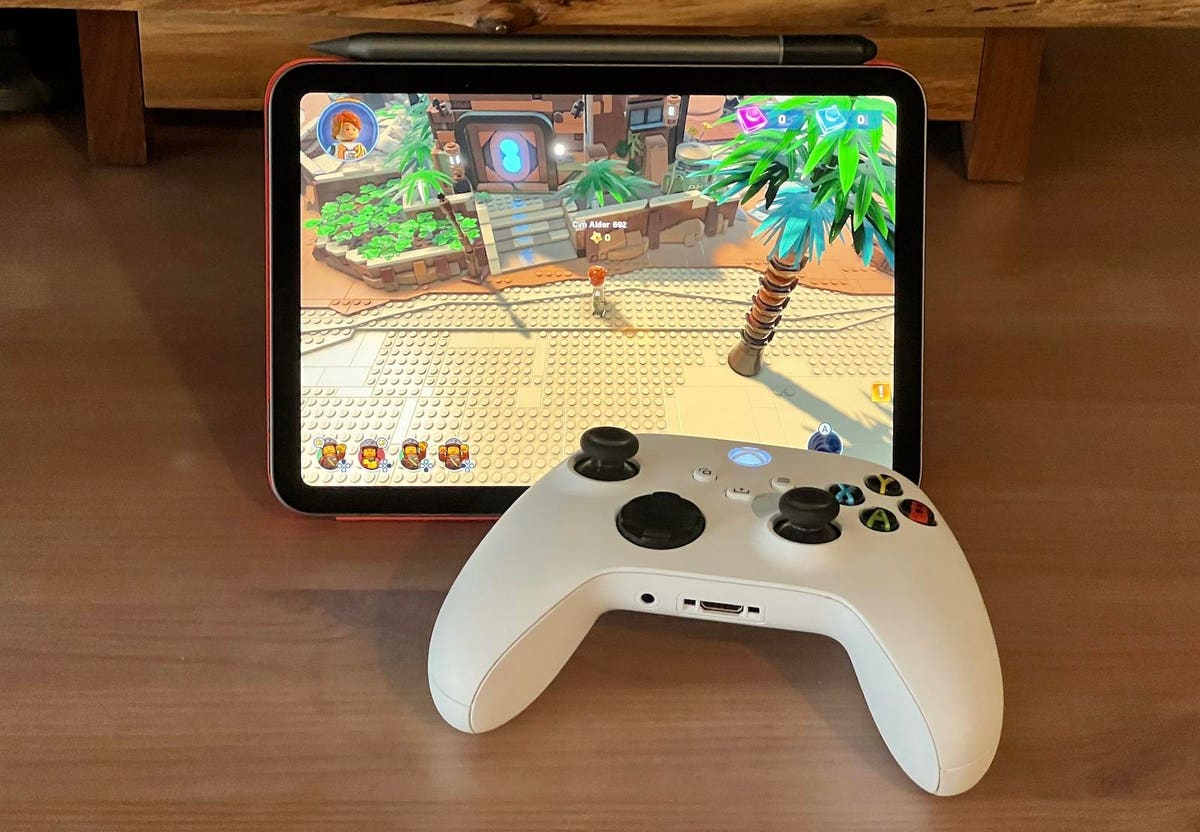 How to use an Xbox or Playstation gamepad with your iPad

One of Apple’s upgrades included in the 2019 iPadOS 13 was support for Xbox and PlayStation game controllers. Earlier this year, the iPadOS 14.5 update added support for wireless controllers for next-gen consoles – the PlayStation 5 and Xbox Series X / S. With console controller support, gaming has never looked better on an iPad. In fact, ever since I bought an iPad Mini 6 and paired it with an Xbox controller, my Nintendo Switch has been collecting dust. Here’s how to use a wireless gamepad with your iPad.

For the purposes of this walkthrough, I’m focusing on the Xbox Series X / S controller because that’s the console I own. The process is similar, but with a few controller-specific differences with PlayStation controllers. Apple has details here.

In terms of wireless controller support, each game may offer a slightly different experience, so you may need to check the instructions to see how the functions have been mapped to the controller. And fans of PlayStation controllers shouldn’t expect haptic feedback from iPadOS games …

1.Confirm the games you want to play Support controllers

Apple has been promoting support for wireless game controllers to developers. However, not all are on board. And with some games, touch control continues to make more sense than trying to take over controller support. So the first step is to determine if the games you want to play support the use of wireless controllers.

In the App Store, the description of each game will specifically indicate that it is playable with a controller. If you don’t see this indicator, assume you’ll still be using touch control.

2. Make sure Bluetooth is turned on, press and hold the Xbox button

Pairing an Xbox controller with your iPad is incredibly easy – it’s treated like any other Bluetooth device. All you need to do is make sure Bluetooth is on and then press and hold the Xbox button on the controller. It will start flashing white, indicating that it is in pairing mode. The controller will appear under Other devices in the Bluetooth menu. Just tap on it and tap Pair when the Bluetooth pairing request is displayed.

You have finished. At this point, if a game on your iPad supports wireless controllers, you will be able to grab it and start playing.

With a PlayStation controller, the process is slightly different, but just as simple. Simultaneously press and hold the PS and Share buttons on the controller. When the light bar is flashing, the controller is in pairing mode, in which case you follow the same process as above.

3.Use the controller with your console again

The first time I used the Xbox Controller with my iPad, my Xbox didn’t recognize it. I quickly realized that the iPad had not released the Bluetooth connection. Going into the iPad’s Bluetooth menu and disconnecting the controller did the trick – it works with any wireless controller.

Upon digging a bit I also found that the Xbox controller had a sync button designed to solve this problem. Instead of messing around with the iPad’s Bluetooth settings, you can just press the Sync button on the controller to switch between iPad and Xbox.

4.Bonus: Connect to Monitor for a full console experience

I mentioned that my Nintendo Switch has been collecting dust since I bought the last iPad Mini. I soon found out that it can even mimic the Switch’s TV docking capabilities. You’ll probably need a video adapter if you’re connecting to a TV, but I was able to use the iPad Mini’s USB-C port to plug it directly into a BenQ PC monitor (review here, if you’re interested ) for a big screen gaming experience. Combined with the Xbox controller, this type of setup truly turns the iPad into a gaming console.

What if you don’t already have a Playstation or Xbox?

The ideal situation, at least in terms of cutting costs, is that you already own a game console and can just use one of its controllers with your iPad. If not, you can buy Xbox and PlayStation controllers wherever video games are sold. Apple even stocks the PS5 DualSense controller.

How to Capture Your Video Game Sessions on PC with DemoCreator