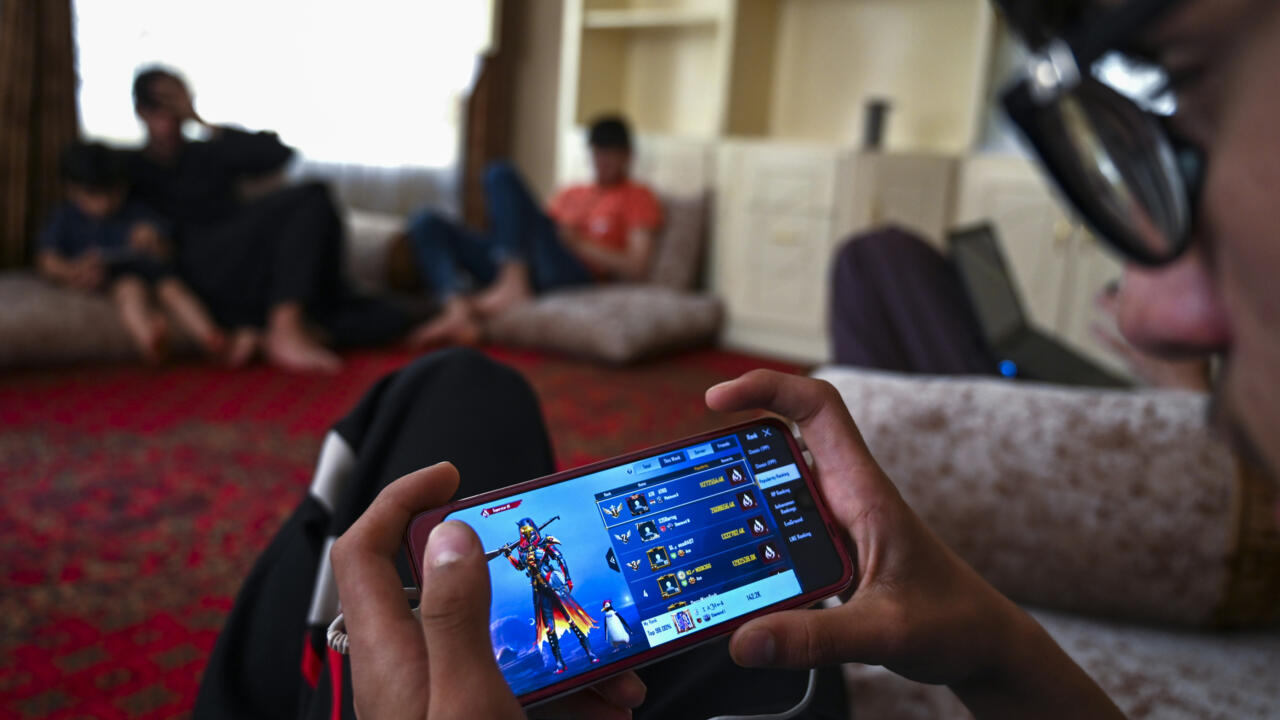 Shoot ’em up video game, a haven for war-scarred Afghans

Kabul (AFP) – The crackle of gunfire. A stranger’s breath. Explosions rumble in the distance. In the Afghan capital of Kabul, such noises would normally cause panic.

But they come from the tiny speaker of a cellphone grabbed by a young man, bent over and absorbed in the gory video game “PlayerUnknown’s Battlegrounds,” or PUBG.

“In this country we live but we are not alive,” said gamer Abdul Musawir Raufi, after looking away from the phone screen, where his avatar is battling with other players in an online arena .

“We don’t know what’s going to happen any moment now. It’s the only way to pass the time,” the 23-year-old said.

Afghanistan has been ravaged by four decades of very real conflict, now largely subsided since the withdrawal of US-led troops and the return of the Taliban last year.

But in a striking irony, young people say the hugely popular virtual violence simulator offers respite from the turmoil of transition and the restrictions of the hardline Islamist regime, as well as a rare channel of communication with the outside world.

Meanwhile, the Taliban – who have spent the last 20 years waging their own vicious and bloody insurgency – are currently working to cut off access to PUBG, having deemed it a corrupting influence.

– End of the animations –

Since returning to power in August, the Taliban has not cut entertainment as harshly as it did during its previous stint in power between 1996 and 2001, when television, film, photography and stag -flying were all prohibited.

In the capital, some arcades and bowling alleys remain open and certain sports are still practiced. But music was banned alongside women’s or foreign TV series.

Many Kabul residents are wary of Taliban fighters patrolling the streets and manning checkpoints, and would rather stay at home than risk an outing for entertainment.

Raufi was once an avid football player, but most of the friends he played with fled the country during the chaotic mass evacuation in the final days of international withdrawal.

“The fun we used to have, the laughs with friends…it’s over,” he said.

But PUBG, published by Chinese digital giant Tencent and downloaded on mobiles more than a billion times around the world, has allowed him to stay in touch with his friends and form new relationships with foreign players online.

“It allows us to learn the culture of other countries and their language. The bonds I have created are very strong,” he said.

Former student Abdul Mujeeb, 20, has also found refuge in video games in the face of the spiraling economic crisis that has accompanied the return of the Taliban.

The United States seized billions of dollars in Afghan assets, while international aid that supported the national economy dried up.

“Under the previous government, we were mostly busy with our work and studies,” Mujeeb said. “Now we can’t study and there are no jobs.”

That leaves PUBG and TikTok – the social media video app also in the crosshairs of Taliban censors – as “the entertainment we have at home that keeps us busy”, he said.

While mobile games offer escape, provide a sense of community and boost mood, the World Health Organization has warned that a small proportion of gamers may develop addiction, characterized by the increased priority given to connection. to play.

According to figures from the specialized site DataReportal, only 9.2 million Afghans have access to the internet out of an estimated population of 40.2 million.

But Taliban authorities ordered PUBG and TikTok banned in April, accusing them of “misleading” younger generations.

However, they remain accessible.

The issue is currently being discussed with Afghan telecommunications companies and both apps “will be completely banned in our country”, deputy government spokesman Inamullah Samangani told AFP.

Raufi and Mujeeb say they will find a way around any ban.

Student Shaheera Ghafori, 19, who plays PUBG like her brother and sister, believes the Taliban “can’t afford” to ban the game. And she doesn’t understand their reasoning.

“It’s a bit of an irrational judgment,” she said.

“It’s better to have a place to keep young people busy rather than having them wander the streets.”

PUBG has already been banned in a number of countries including India.

But with the Taliban increasingly confining women to the domestic sphere, Ghafori said gambling is a “place of play that diverts our attention, rather than leaving us sitting at home depressed”.

Ghafori hopes that contact with the modern world will encourage the Taliban to change their ways. But, she admits, that may just be “wishful thinking.”