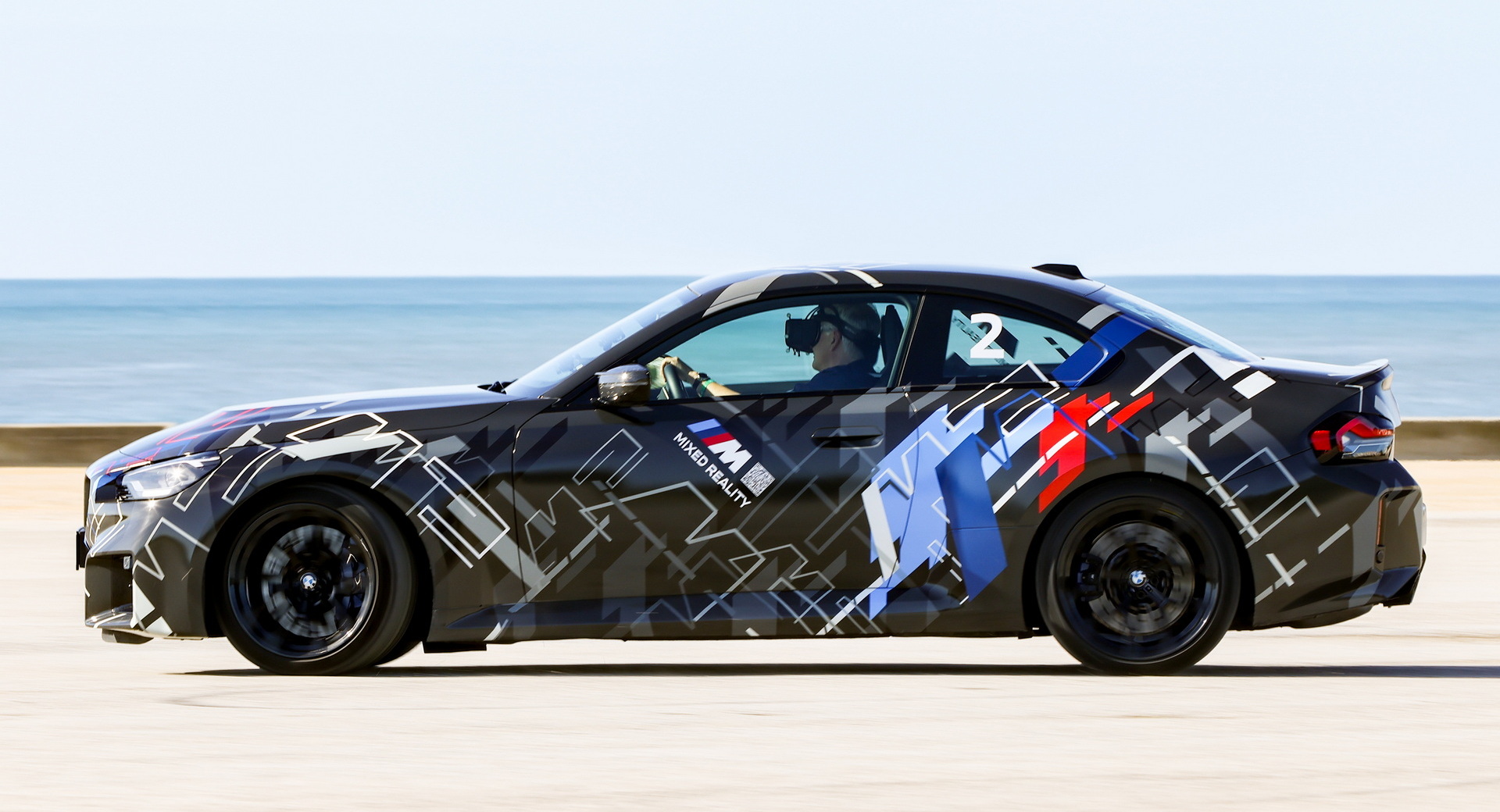 BMW announced today that it is working on a mixed reality headset for its vehicles. The system combines a VR headset and a 2023 BMW M2 to create a game that combines gaming visuals with (literal) real-world physics.

BMW calls its new creation ///M Mixed Reality, and it works by first placing a driver in a real car. In this case, that car is a 2023 M2 because it’s new and the automaker is proud of it, but conceptually it could work in any vehicle.

The driver is then given a VR headset, which has cameras attached to the exterior. Thanks to it, they can see the real world, although it could probably be combined with augmented reality additions. The game comes into its own, however, when the car is placed in a large empty parking lot and the real-world visuals are removed.

Read: BMW will become the first team to add its LMDh race car to iRacing

In a demo with YouTube personality and sim racer Jimmy Broadbent, the visuals that can be seen on screen are completely divorced from reality and look more like a cyberpunk Mario Kart track.

In this virtual world, an autocross course is constructed, through which Broadbent must navigate and set a fast time. The BMW M coins that help him reduce his time, and obstruct him are virtual blockages that discourage him from using half of the track.

“It felt like a ride in a theme park. I felt like I was sitting on a roller coaster that I was controlling, which is always kind of scary,” says Broadbent. “It’s like a grown-up Mario Kart.”

Read: It takes the Benz Patent Motorwagen over an hour to go around the Nürburgring in Assetto Corsa

It’s not hard to imagine how, if you had a big enough concrete slab, you could simulate any number of real racetracks in mixed reality, making this a very fun toy. It would also make it better than any motion rig, albeit a lot more expensive.

However, BMW does not specify what practical purpose this serves. As an experience, though, it’s a pretty exceptionally cool use of technology.

“At BMW M, we have always tested the limits of what is technically feasible and thus, among other things, lay the foundations for new immersive experiences,” said Frank van Meel, CEO of M GmbH. “Anyone who wonders what virtual experiences in the automotive industry might look like in the future: this is the answer. People need to be able to experience that new feeling — and with ///M Mixed Reality, we’re giving them a suitable solution for it. “