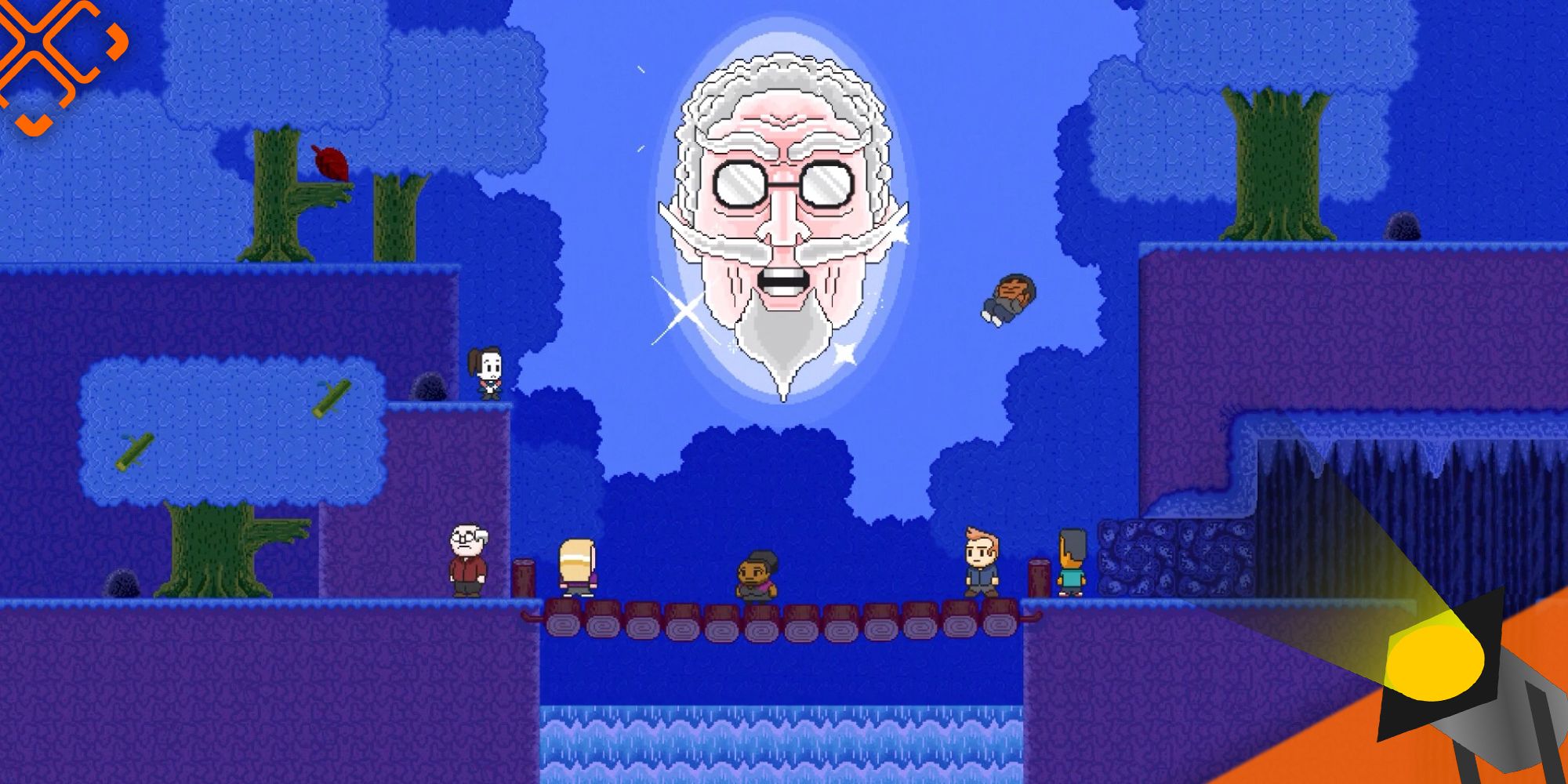 This community video game is real, and it’s amazing

Before Dan Harmon was thrust into the limelight with the success of Rick and Morty, and before Donald Glover took off as the Childish Gambino, there was Community. A sitcom about Greendale Community College, where episodes involved school-wide paintball fights, zombie invasions, record-breaking pillow forts, and the birth of new societies based on upstart social media platforms.

The show follows six distinct personalities thrown into a study group who quickly become friends, as they navigate life, the strange happenings of school, and try to earn a passing grade. It holds a very dear place in my heart, and I still utter the Abed movie nerd phrase “coolcoolcool” every day. It’s a show I revisit every two years, and I recently rewatched Digital Estate Planning, an episode where the study group must play a video game to earn their friend Pierce’s inheritance. I told you, it’s a weird sight.

GAME VIDEO OF THE DAY

It’s the kind of video game that looks cool but you know you’ll never play, like the one with the rude robot in Her, or the psychedelic journey of a game in Red Hot Chili Peppers’ Californication, made by real video game developers. Well, it turns out this one is right, and that’s great. It’s at least ten years old, but it’s free to download and play and that’s all I’ve been doing in my spare time for the past two nights.

Journey to the Center of Hawkthorne looks exactly like it does in the series. It’s a pixelated 2D platformer with an 8-bit soundtrack and sprites. The game was created by a team of volunteer developers and is open-source, in case anyone wants to work on bug fixes or improvements. It’s a colossal community effort (ha), the one that its creators believe to be complete.

Choose one of the six study group members and enter. I chose Troy because I’m a huge fan of Childish Gambino. The wide variety of costumes on offer is amazing – it feels like they have one for every episode. I chose Fiddla Please!, from an episode where Troy plays in a all-black rendition of Fiddler on the Roof. When he dies, he says “Oy!” Sensational. You can also bind all the keys, which is great for comfort and accessibility. The game’s tutorials and prompts even update based on chosen inputs, which many pro games don’t.

Within minutes of starting, the game reminded me how hilarious Community was. The floating, disembodied head of Pierce’s father, Cornelius Hawthorne – who wears an ivory wig – appears in the exact same location as in the episode and calls the study group a bunch of fruits, junkies and bitches.

Journey to the Center of Hawkthorne is the kind of game that I can see people saying wouldn’t be made today. He’s covered in dixie flags and laughs at anything an old coot like Cornelius would stand against. There is also a Valley of Laziness that leads to the US-Mexico border, across which lie the Chili Fields and Taco Town. It is a caricature of an old man’s distorted perception of all those he considers inferior to him.

I didn’t venture far into Mexico, I arrived there by chance while looking for The Mines. I thought I would finish the game in one session, two maximum, but I was completely wrong. It’s not a tiny, cheap link. It’s a real video game. There’s a crafting system, side quests, dialogue trees, affection, followers, bosses, and a deceptively tough platform. It even has cheats!

A segment in the mines had me trying to stay on a minecart while I had to jump and lean over obstacles as well as bounce off cobwebs to get enough height to get over a large obstacle. I must have died at least ten times here, I just didn’t expect it to be hard. It’s never unfair, though, and once I had the time, I soared and felt the same sense of pride that I imagine all those Celeste players had.

What did I find at the end of the mineshaft? Why, a level eight Laser Lotus, of course! Pierce is part of a cult called Neo-Buddhism, the Community’s not-so-subtle swipe at Scientology. These cultists have taken over the mine and their leader is the first boss I found. It’s not easy either. He fires lasers – the number of which increases as his health depletes – and has a jump attack that intercepts you when you try to get past him. Again, I died several times before beating him.

I played this game for two nights and barely scratched the surface. I’m currently trying to save a village from the rampaging acorns – I have no idea what Cornelius has against them – and am completely sidetracked from the main quest. That’s why I can’t finish RPGs.

I’ve been busy exploring the mountain trying to take down that fucking acorn king, but according to the gaming subreddit – that’s right, there’s still a relatively active community (ha) for this fever dream – there are tons of other places I haven’t even seen yet. “Is there a hidden entrance on the other side of gay island to the blue forest?” is a real query on the submarine.

Community fans are a truly dedicated bunch. They made this game a reality, and they have my eternal thanks. I’m going to enjoy playing it on my vacation, because it works well on my shitty laptop. I want to call it a perfect slice of nostalgia, but it’s so expansive that it’s really the cake. I just hope I haven’t bitten off more than I can chew and it’s a game I end up finishing. Turns out there’s even stuff to do after the game, so I don’t fancy my chances.

You can download Journey to the Center of Hawkthorne here free.

Next: I Played Dead Island 2 Seven Years Ago And That Game No Longer Exists