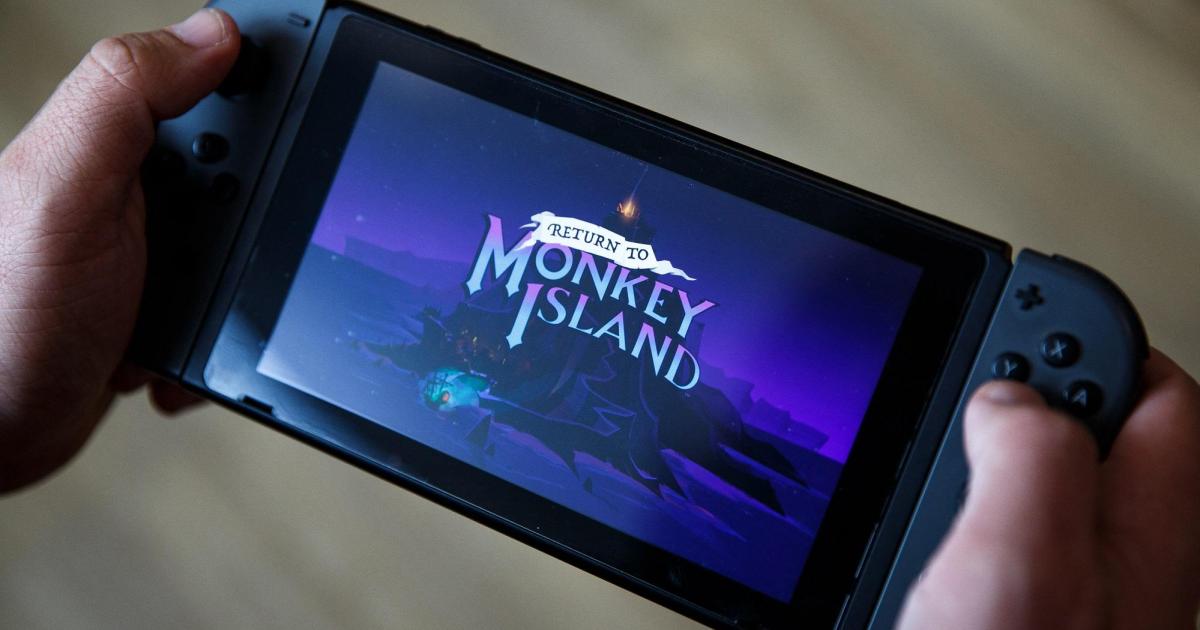 When Ron Gilbert and Dave Grossman first unleashed their swords, voodoo and the pirate epic The Secret of Monkey Islandit was sold on floppy disks and released for long-forgotten home PCs like the Amiga.

Three decades later, they’re back with Back to Monkey Islanda sequel with flashier graphics and orchestral scores only available for download.

“In 1990 we had an office and we were all there all day sharing a space,” Grossman told AFP in a joint interview with Gilbert.

“Now we’re all apart – and not just because of the pandemic, we’re going to be apart anyway.”

The pair worked together on the first two editions of the game, released in 1990 and 1991, before the group broke up and went their separate ways.

The second edition ended on a cliffhanger that was never resolved, with the hero, Guybrush Threepwood, facing his nemesis LeChuck.

And the secret hinted at in the title of the original has never been disclosed.

It’s kept fans hooked ever since and given Gilbert and Grossman a reason to return to the franchise 30 years later.

The fan fervor surrounding last Monday’s release showed just how strong feelings still were for a game with blocky graphics and text prompts.

While most of the reactions were positive, some objected to the new game’s comic book aesthetic and spoke out on social media – something the creators of the 1990s didn’t have to deal with.

“Adventure game fans have always been really nice, and I felt like they’ve transformed a bit,” Gilbert said.

“It affects you on some level, but it won’t change the way we think about the game.”

Smooth graphics have never been the appeal of monkey island — Instead, players solved puzzles and puzzles and advanced through eerie landscapes with surreal humor and pop culture nods aplenty.

It largely set the pattern for adventure games that were to follow, but the monkey island the franchise died out with a few later entries released without Gilbert’s involvement.

Although the pair are polite about these later editions — “we would never poop the barrel,” Gilbert said — their new game picks up the story where the 1991 game left off.

But before they could even start thinking about the story, they had to negotiate licensing the rights to the game with Disney.

“It was a long process, just because the lawyers get involved and it all takes a long time,” Gilbert said.

A core team of 25 then spent two years working on the game, dealing with not only the rigors of game design, but also 30 years of expectation among fans.

“Their memories are unrealistically tinged with nostalgia,” Grossman said. “That makes it kind of an unattainable goal for us.”

Instead, they decided to make a game they themselves would like.

Although they began their careers when the gaming industry was still in its infancy, Gilbert and Grossman are still hugely inspired by today’s landscape.

“Almost anyone can just get three friends together and make a game in their garage, go online and find an audience for it,” Grossman said, calling it “the golden age of video games.” .

Their original 1990s games have already found a second life in this golden age through apps and online emulators.

And the two creators are quietly convinced that monkey island will continue in one form or another in the future.

Independent journalism costs money. Support Times of Malta for the price of a coffee.